Explosions tend to make headlines. When it's a terrorism-geared bomb, the reaction is generally one of sadness. When it's the accidental exploding of an electronic device, we're either scared or curious (or both). Electronics and explosions took a nice walk down media lane in 2016, when electronics giant, Samsung had to recall 2.5 million of their Galaxy Note 7 phones. While the device boasted lots of shiny features, consumers were unimpressed to find exploding as a phone's way of announcing it's fully charged.

While few and far between, exploding vapes have also made headlines. 2017 saw London's Euston station briefly evacuated after an e-cig "exploded". Coupled with separate Hull and Salisbury incidents, "exploding vapes" have become a bit of a fear phrase. We're here to explain what happens, debunk the myths, and give you the full low-down.

HOW AND WHY CAN A VAPE EXPLODE?

The biggest fact you need to know is that vapes themselves aren't the problem. The issue almost always lies in the batteries powering them. Once you've understood that (and realised that most e-cig devices use the exact same battery mechanism as your phone, laptop, or PS4), it'll probably start making sense that the largest explosion in all this is the headline itself. Want the nitty gritty? Between 2009 and 2014, 25 cases of e-cig explosions were reported. Of those 25, 20 occurred while the device was charging. Another main cause of explosion is damaged battery wraps.

A little perspective, if you will. The same that came from London Firefighters supporting vaping after figures over three years showed 3580 smoking fires and, er, just 15 from e-cigarettes. The actual reason an e-cig could explode is the exact same reason any other battery-powered device can. Batteries involve a bit of science. Get the science wrong and batteries are prone to malfunctioning. This depends on the kind of vape you're using, type of batteries, and most importantly, how you're charging your batteries.

While you can really nerd out in self-building with a mechanical mod, most devices on the market are what's known as regulated mods. A ton of complex chips inside permit increase or decrease of power, temperature control, plus solid prevention of overcharging or overheating. Regardless of type, most are powered by a lithium-ion 26650 or 18650 battery.

In February 2017, a man reported his "iJoy Looks" exploding. iJoy do not make a "looks". They do have a dual-battery, regulated "Limited Lux". It's not our call, but if the individual's official report couldn't get the name right, we're kinda wondering what else he didn't get right. The 2015 Wotofo Phantom explosion also died down quickly when the user admitted to tampering with the battery. 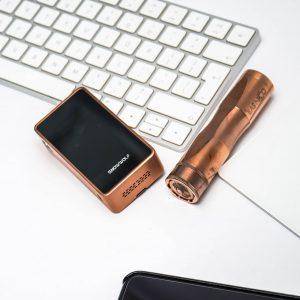 The best advice has already been covered up there with battery do's and don'ts, but the kind of mod you use can also play a role. Most popular for newbie or intermediate vapers, regulated mods come with dual and short circuit protection, plus ten second cut off protection. Did you know one vape explosion was a result of accidentally leaning on the "fire" button too long? Alongside fiddly wires or complicated charging, you won't get that in a regulated mod.

Requiring a fair bit of technical knowledge, mechanical mods lose the internal circuity. They're basically casing, conductive wiring, an atomiser, and a fire button. These are the most likely to cause danger without in-depth knowledge. Hybrid mods are mechanical mods with tanks built in- a mech mod with an integrated topper, if you will (some just have the specifically designed atomiser). To stay safe with hybrids, the atomiser's positive pin must protrude past the negative, preventing the negative from touching the battery's positive contact. Again, do your research, or just take the easy route. Our regulated mods are best sellers.

TIPS FOR TRAVELLING WITH YOUR DEVICE 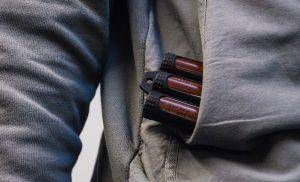 If you thought we were gonna start this with flying advice, think again. We mostly travel on foot, by car, or public transport. Anything you ever read that says "it burned my legs or arms" will be the poor donut who did the one thing you should never do.(Never) carry loose batteries in pockets.

Unless you want a movie named after you called Vapes On A Plane, follow these rules. They exist because pressurised plane environments and batteries are not to be messed with.

Bear in mind certain countries have different vaping laws to the UK. Singapore, for instance, is a straight-up no (with a hefty fine). New York City only allows vaping in designated smoking areas. Prepare to also be questioned about your vape on arrival, especially if you're in a country where vaping isn't common.

News goes viral. News with graphic pictures of burns goes viral even faster. When people hit "share" on their social media, it's unlikely they've taken a moment to question why the story happened. They're sharing a shocking image, not the details of how someone thought "any old USB charger would do". Exploding PS4s don't make news because people follow the instructions. Follow ours and you're good to go.