GUIDE TO: REDUCING YOUR NICOTINE LEVEL

Most people start vaping as a means to quit smoking. If you were a heavy smoker, chances are you started on a fairly high nicotine strength or nic salts. Many people like to be able to drop their nicotine level over time, sometimes until they’re on a 0mg and can stop vaping altogether. So, we’re here to give you an idea of how to gradually drop your nicotine intake.

A NOTE ON NICOTINE: 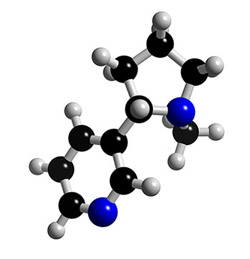 Nicotine is an addictive substance(2), but it gets a lot of bad press. The chemical structure of nicotine isn’t actually very different from caffeine and while smoking is carcinogenic, nicotine on its own is not(1). With that in mind, don’t feel you need to rush yourself through increasingly lower levels on your vaping journey.

The ultimate goal here is a successful (and lasting) quit attempt so you don’t go back to cigarettes. Take your time and figure out what’s best for you. The way your friend quit isn’t necessarily going to be exactly the same for you.

Do it gradually. Most manufacturers of e-liquids will give you plenty of options when it comes to strength. The highest (not including nic salts) is a 24mg strength, dropping down in levels to 18mg, 12mg, 6mg and finally 3mg (before nic free). You can follow these levels down as and when you’re ready. The other option is to mix two together. For example if you’re on a 12mg but the jump to 6mg seems a bit steep, fill your tank with half 12mg and half 6mg for a 9mg nicotine level. As you gradually drop you’ll often notice you don’t need as many puffs to give you the hit you need.

Switch to Sub Ohm vaping. This is another way to drop your nicotine level. Another benefit of switching to Sub Ohm vaping is you open yourself up to a much broader range of flavours in the form of shortfills. Because Sub Ohm devices are a lot more powerful and you inhale more deeply and directly into your lungs, it’s generally advised you as much as halve your nicotine strength. For example, if you were using a mouth to lung kit with a 12mg nicotine strength, when you use a Sub Ohm kit we’d say you’d be best off dropping to a 6mg to start with and see how it feels. When you Sub Ohm vape, nicotine will also have a harsher taste so milder juices are more pleasant to use.

Use nicotine only when you need it. When you look at your triggers that give you those nicotine cravings, you’ll often you’ll see a trend. Some people only want a cigarette when they’re out drinking for example. Try using super low nicotine or nicotine free liquid most of the time then a slightly higher dose when you need it most. This is especially effective if you used to be more of a social smoker.

Using short fills to control your nic strength. Short fills are a great way to lower your strength and customise it exactly to how mild you’d like it to be. An average short fill is 50mls of juice with enough space for a 10ml nic shot on top to mix to a 3mg strength. If you’d like to mix to a super-mild 1.5mg, just add half the nic shot instead of the whole thing. You can find plenty of online calculators online which will help you figure out just how much to add to get it how you want it.

Stick to high PG liquids. If you like mouth to lung vaping and aren’t overly inclined to try Sub Ohm/direct to lung vaping, stick with higher PG liquids like a 50:50 mix. Half of smoking is the sensation of inhaling and getting that throat hit feeling. Nicotine gives a stronger, more peppery flavour and a harsher throat hit, high PG liquids do the same. By using a 50:50 juice with a lower nicotine level you can still get that satisfying feeling without as much nicotine.

"By switching to vaping, you’re already helping your health significantly by reducing your exposure to the thousands of chemicals in cigarette smoke."

Take your time. It’s OK to go back up a level for a bit if you need to or to stay at a certain level for longer than you thought you would.

Trust your own body. If you need to stay at a higher level and it means you don’t need to vape as much to get your fix, that’s a good thing. Studies have indicated needing less puffs and a slightly higher nicotine level is actually a better option than chugging away on your vape all day.

You’ll get there in the end. Everyone achieves things at different rates and if you want to drop to no nicotine or stop vaping altogether one day there’s no reason you can’t do just that.

THE GUIDE TO SHORTFILL

THE GUIDE TO POD KITS

THE GUIDE TO NICOTINE

THE GUIDE TO
E-LIQUID